The nature of story: why sequels suck but we want them anyway. 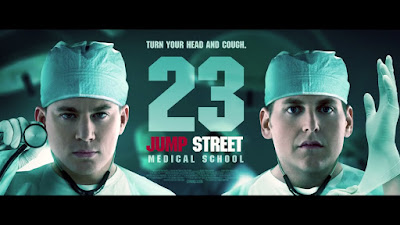 I'm as guilty as the next person of wanting great stories and characters to, well, keep going. And going and going, like the Energizer Bunny. After all, it's so good, why stop? I wanted a sequel to Raiders of the Lost Arc. I wanted a Star Wars sequel, and a Matrix sequel, and a sequel to Batman.

And, God help me, I've wanted sequels to the sequels.

Be careful what you wish for, because you may just get it. Sequels infest the theaters: Ted II, Avengers II, Spiderman v2 II, Mad Max IV, Terminator V, and Jurassic Park IV to name a few. Heck, sequels are reviving Roman numerals.

And if isn't a sequel, it's a reboot. It's less about story and more about the franchise, and this is changing the nature of film.

Blockbusters are expensive and such risky undertakings, after all. Film execs are reluctant to stick out their neck and back an unknown property when they can green light a sequel instead. Batman worked before, it can work again. It's got an established track record, which is very reassuring when you're about to spend $120 million bucks. Hits in other mediums are also grist for the movie mill: Harry Potter, comic books, TV shows, games, anything with name recognition that can cut through the noise. Studios go big now or stay home, so we get micro budget indie projects for the Oscars and megabudget sequels for the bank account, and not much in between.

The film industry is becoming 'franchisified', and more like episodic television. Meanwhile, cable is becoming… more like the movies used to be.

With film, you start with the ending and work your way backward to the beginning. You push your characters as far away from the climax as you need to so they have a decent dramatic arc. They need space for their emotional, physical and spiritual journey.

If a character must learn to be responsible, you start them out on their best buddies' couch playing video games all day. That establishes distance between who the character is and who they have to become. They need a flaw, like video game addiction, that must be overcome. And the flaw is  determined by the ending of the story and the challenge they must face in the film's climax.

Everything is tied in together. It's holistic.

The ending dictates the beginning, and the nature of the challenge dictates the problems the protagonist has, which are inextricably linked to the climax. Supporting characters are inversions and/or reflections of the main character, and exist to flesh out the protagonist and throw the hero's personality and values into sharper relief.

Take Star Wars. Luke is the naive farm boy who needs schooling in the ways of the world, so up pops Obi Wan Kenobi as the wise old man. Luke's earnestness and youthful enthusiasm is thrown into sharp relief by Han Solo, the cynical rogue. Princess Leia's pragmatism contrasts with Luke's idealism. 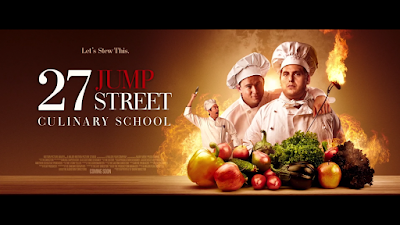 Characters bounce off of each other. They reflect. In Game of Thrones (which does this sort of thing extremely well) Varys is Order and is opposed by Littlefinger, who represents Chaos. Edard Stark is honor and principle, and he's played off against Robert, debauchery and indulgence, and Cersei, who's Machiavellian corruption.

G.R.R. Martin, an excellent writer with a background in television (Beauty and the Beast) constructs his characters not in isolation, but specifically in relation to the people they are in proximity to. The Onion Knight and Melissandra, for example, are externalizations of the struggle going on inside Stannis. We better understand them because the person next to them is an opposite in at least one personality trait or value.

Stories are delicately balanced webs of characters, events, and meanings. Nothing exists in isolation, and all the elements must relate to each other and make sense in all the ways real life doesn't. Even the environment is a reflection of internal struggle.

And there must be an emotional payoff at the end: we want to see characters who change profoundly after enduring terrible ordeals, emerging on the other side all the better for it. Why? Because this is dramatically satisfying. We all want to know that if we go through hell, there's a point to it.

Even if it's anti-story and the point is to know, and accept, that there is no point. 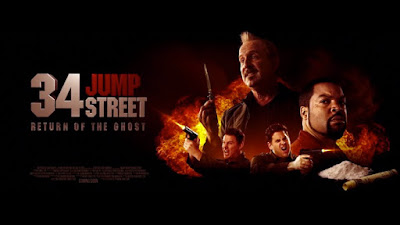 The bigger the change in the character, the greater the obstacles they overcome, and the farther they fall trying, the more satisfied we are when the curtain goes up. Each story is, in a sense, a step towards enlightenment and meaning.

And this is why so many sequels suck: if the first film did its job right, everything has been resolved and the story is over. The main character has solved their crippling issue(s) and grown as a person. Which means there's nothing for them to fix in the sequel.

As movies are incredibly lean story telling machines, a good screenwriter is not going to waste time putting in extraneous problems that have no bearing on the plot, as they need that precious time for issues that are actually relevant.

In addition, when you plot backward from the sequel's ending, you can't just push the character anywhere you want. You need to take into account the ending of the first film, or the audience will be confused.

Which leaves you with characters who have no compelling issues, living happily ever after in peaceful places. So writers must shoe horn the character into a new conflict. This can feel unnatural and forced. Because it is.

A film is a story. It has a beginning, middle and end.

Our franchise saturated age has changed all this, which is why films are becoming more like television.

Writers and marketers now plan ahead and include extraneous material in movies specifically to set up sequels. Loads of sequels.

I'm looking at you, Marvel Universe. 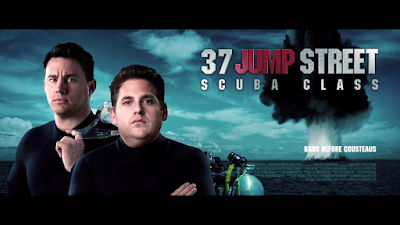 They're embedding trailers inside the movie itself rather than running them beforehand. That's not all bad, as I rather like trailers. It's an art form in and of itself. But it should never be at the expense of the primary story. Sequel seed planting can slow down and hampers the main narrative. In addition, these hoped for spinoffs (unless they're Marvel) often don't happen because the film didn't do as well as expected.

So a film that's been made as a stand alone, such as the original Star Wars (George Lucas made it self contained because he never expected to be able to make the sequels, but still left threads untied to exploit in case he could… which just made it better), is inevitably a more satisfying emotional experience by its very nature. It has a self-contained, complete story, with meaningful arcs for the characters, and a satisfying conclusion. Sure, Vader gets away, which was a serial trope. But it doesn't take away from the fullness of the film's resolution. It's a real, solid ending, which can be a tough trick to pull off: create something self-contained and fulfilling which is also a stepping stone to a new narrative.

Any film with a cliffhanger is not a full story. It can't be, by its very nature. The journey is not completed, and so it is dependent, in part, on the other films in the series. If one of them fails, it diminishes the whole.

This is why so many 'grand arc' television series fall apart. They start out strong, filled with intriguing ideas and mysteries and twists. But they lead nowhere. Shows are all premise and no conclusion. Why? Because the writers do not start at the ending and they don't work their way back to the beginning.

They don't come up with an ending at all.

Why not? Studio executives don't want one. They want TV series to go on and on and on, forever, because they have yachts and summer homes and bills to pay (so do the actors and the crew), and they want to, understandably, keep their jobs. Who wouldn't?


The perverse thing is that the more satisfying a movie is, the more we want a sequel. Yet what makes a movie satisfying is that it tells a full, complete story. With resolution and character transformation.

So what do you do? The answer is to go for one of the two.

The focus is now on either high concept stories, where the characters are secondary, or they're built around characters who are themselves high concept. Self-contradicting archetypes who don't evolve but are so interesting, we don't care that they don't. Nihilists with hearts of gold, moral serial killers, cruel doctors, OCD detectives, sentimental assassins, and cannibal gourmands are the order of the day. Character flaws remain. Any flaw the protagonist has that's related to the climax is minor, so small and piddly that if it is resolved, it really changes nothing and can be forgotten in the next installment. 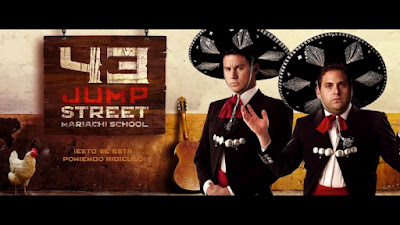 Welcome to The Franchise Era!

It started way back when Victorians demanded Sir Arthur Conan Doyle produce more Sherlock Holmes stories. Doyle tried to kill the deductive detective off by throwing him over a waterfall, but it wasn't enough. Later the public clamored for John Carter and Tarzan and Solomon Kane to return, and then Buck Rogers and Philip Marlowe and Batman and Superman. High concept characters like Frankenstein, Dracula and more flooded into Penny Dreadfuls and later comic books and public consciousness.

Franchise characters, like most TV characters, remain static, frozen in time at the height of their entertainment value, frozen in cinematic amber, with at most only minor changes from season to season. Why? Because if they changed in any meaningful way, the adventures would naturally change along with them, because character and climax are inextricably linked. Change one, and you have to change the other to fit.

And if you fundamentally change the character, then they no longer fit with their supporting cast (who reflect old traits), or with the established challenges and villains (who opposed who the protagonist was, not who they are now).

Everything has to be revamped as a unit, or it becomes unbalanced, senseless, and unstructured.

Sure, our lovable archetypes are refreshed from time to time, but never fundamentally altered. At most, they are just changed into a new, updated form that will remain frozen until the next refresh. There will be no organic growth. Periodic updates are hyped like crazy but are more like someone applying a coat of contemporary paint than anything else. 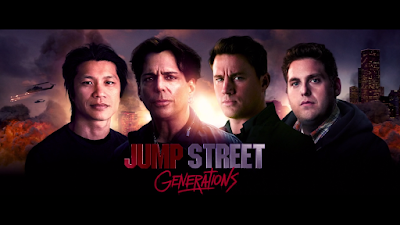 As a writer once told me, people watch movies for plot and arcs, and they watch TV for reassuring archetypes.

Episodic TV leads cannot have meaningful character arcs, as that would ultimately evolve the character out of the franchise, destroying it. Instead, we get static but compelling high concept characters going through the same sort of challenges, over and over again.

Which is much more like episodic television than what we once knew as cinema.

Meanwhile, cable shows are making limited length series that allow for complex character development precisely because they are not locked into the perpetual motion narration machine of the franchise model.

Cable is now producing more interesting, nuanced material than what we typically see on the silver screen.

Along with all the sex and violence, that is.

The franchises have their place, but so does film that illuminates the human condition.

Franchises provide magnificent thrill rides at the cost of deeper meaning and emotional impact. Those threads in the story web have been cut for the sake of… 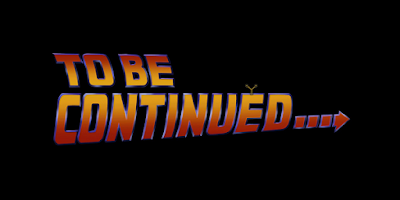